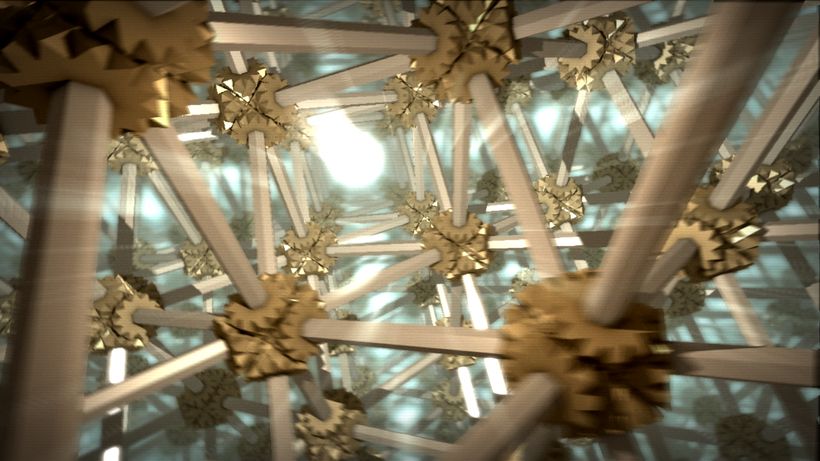 Wheels within Wheels was a real-time 64k demo written in collaboration with Simon Kallweit and Vitor Bosshard in early 2012. It was submitted to Demodays 2012 (a competition for demos), where it won 1st place in its category. Most of the development was done in our free time over a period of 6 months, next to studying at ETH.

My job on the team was to create a rendering pipeline that could unify all of the different procedural content and render it in real-time, combined with a stack of post processing effects that allowed any shot to look great. It was also my task to expose artistic controls from the rendering pipeline to the rest of the team, so that visual effects could be tweaked for each shot and synchronized with the music. I also contributed some of the procedural content seen in the video, mostly things consisting of gears, cogs and infinite zoom.

Completing this task meant an extensive journey into real-time GPU programming as well as data compression. Ultimately I implemented a deferred renderer with a post-processing stack including motion blur, depth of field, god rays, bloom, chromatic aberration, vignetting, scanlines, distortion and color correction. I also researched interesting looking gear mechanisms on different surfaces such as spheres and wrote shaders that could generate such content procedurally within the pixel shader. Finally, I had to tweak and compress all shaders to fall within the heavy size restrictions.